Navid Ziran, MD, is an orthopedic surgeon in the Orthopedic Department at St. Joseph’s Hospital and Medical Center. He is a board-certified orthopaedic surgeon with the American Board of Orthopedic Surgery. 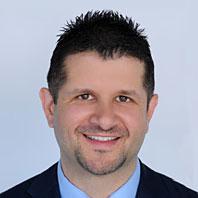 Dr. Ziran received his medical degree in 2000 from Case Western Reserve University School of Medicine in Cleveland, Ohio. He completed his residency at the University of Rochester, New York. Dr. Ziran has completed three fellowships. The first fellowship was during his residency and was a 2-month AO/ASIF fellowship in orthopaedic trauma in Bogota, Colombia at Fundacion de Santa Fé Hospital. The second fellowship was also in orthopaedic trauma at Denver Health Medical Center in Denver, Colorado. The third fellowship was in pelvic/acetabular reconstruction and anterior approach total hip arthroplasty with Dr. Joel Matta, one of the world’s foremost pelvic/acetabular surgeons and the innovator of AA total hip replacement, in Los Angeles.

Dr. Ziran has written numerous book chapters and articles with Dr. Matta on both AA total hip replacements and pelvic/acetabular trauma. Dr. Ziran was also voted a Super Doctor in Los Angeles Magazine for both 2016, 2017, and 2018.

Dr. Ziran believes in educating and empowering the patient so they can make their own informed decision about their care. Surgery is not “pushed” on the patient since patients know their bodies best. He believes in the added value of Eastern medicine when combined with Western technology.