Holly Austin Gibbs, a survivor of child sex trafficking and nationally known expert, is Dignity Health’s Human Trafficking Response (HTR) Program Director. Holly has appeared on Dr. Oz and her story has been featured in multiple media outlets. In 2011, Holly submitted joint testimony to Congress with labor trafficking survivor, Ima Matul, supporting reauthorization of the Trafficking Victims Protection Act. Holly also testified before the U.S. Congressional Subcommittee on Africa, Global Health, Global Human Rights, and International Organizations on the connection between sporting events and sex trafficking. In 2015, Holly testified before the U.S. Senate Judiciary Committee on behalf of two bills: the Justice for Victims of Trafficking Act and Stop Exploitation Through Trafficking Act.

Holly has a Bachelor of Arts in Biology and formerly worked as a senior microscopist for an environmental microbiology laboratory. Holly also consulted for numerous organizations, including the Department of Health & Human Services, Office for Victims of Crime, and the National Center for Missing & Exploited Children. Holly has been featured as a plenary or keynote speaker for events around the world, including the 2012 Department Of Justice’s Trafficking in Persons Symposium in Salt Lake City, UT; 2013 Next Generation Leadership Exchange Forum in Paris, France; 2014 Immigration and Customs Enforcement event for World Day Against Child Labor in Washington, DC; 2014 United Nations Office on Drugs and Crime event for World Day Against Trafficking in Persons in Cali, Colombia; 2015 American Psychoanalytic Association, Social Issues Sub-committee on the Status of Women and Girls, Human Trafficking of Women and Children in the United States, New York City, New York; 2017 American Gynecological and Obstetrical Society Annual Meeting in Chicago, Illinois; and 2018 National Association of Pediatric Nurse Practitioners Conference also in Chicago, Il.

Holly is requested on a regular basis to provide testimony and input to others in the field. Holly is a former Board Member of HEAL Trafficking, a current Board Member of Survivor Alliance, and she serves on the Human Trafficking Advisory Council for the McCain Institute, the Survivor Advisory Council for ECPAT-USA, and the Board of Advisers for the Human Trafficking Institute. In 2014, Holly published an academic book titled Walking Prey: How America's Youth are Vulnerable to Sex Slavery, and continues to publish articles on her Huffington Post blog. As director of the Dignity Health HTR Program, Holly applies not only her own experience and knowledge, but she also consults with other anti-trafficking experts, including and especially other survivors of human trafficking (both labor and sex trafficking). 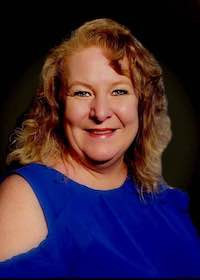 In January 2018, Dignity Health welcomed Wendy Barnes, a survivor of child sexual abuse, sex trafficking, and intimate partner violence as HTR Program Coordinator. Wendy is a national speaker, using her own experiences to educate and empower audiences in the fight against exploitation. Her story illustrates how abuse can make a young person vulnerable and serves as an example that freedom and restoration are possible.

When educating health care audiences, Wendy often shares examples of her own encounters with hospitals, clinics, and private practices. Wendy was trafficked by the father of her children for over ten years. During that time, Wendy had multiple encounters with health care professionals and other first responders, including law enforcement officers, fire fighters, emergency department personnel, maternal child health professionals, and private practice physicians.

Wendy has an Associate’s Degree in General Studies and has written a memoir, And Life Continues: Sex Trafficking and My Journey to Freedom. Wendy also co-authored a chapter in Human Trafficking Is a Public Health Issue: A Paradigm Expansion in the United States (Springer, 2017). Wendy has appeared on talk shows such as Dr. Phil, and her story has been featured in news articles and documentaries like “Flesh: Bought and Sold in the U.S.”

Wendy has consulted for numerous organizations and initiatives, including Homeland Security’s Blue Campaign, Via Christi Health (owned by Ascension Health), Not For Sale, and ImPact Virginia. Wendy has also provided education to law enforcement officers and students at universities, including Vanguard University and St. Mary’s College of California. Wendy is a member of the National Survivor Network and the international Survivor Alliance.