Twenty-seven babies entered the world Monday at Dignity Health hospitals in Arizona, but they won’t be able to celebrate their special day again for another four years. 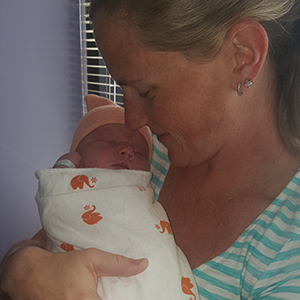 Once every four years the month of February has 29 days instead of 28, with newborns arriving on this date known as 'leapers' or 'leaplings'.  This year three Dignity Health hospitals welcomed “leapers” including 10 at St. Joseph’s Hospital and Medical Center, nine at Chandler Regional Medical Center and eight at Mercy Gilbert Medical Center.

One of the first to be born at a Dignity Health hospital was Bryleigh Harper McDonald, who was born at Mercy Gilbert at 5:57 a.m.

“We weren’t planning on having a Leap Day baby but her birthday will be special and it will set her apart from most others,” says dad Jeff McDonald. “When she’s 40 years of age, she can joke that she’s really only 10,” added mom Mary Katherine Harper.

Many parents are often left wondering when to celebrate their “leaper” child’s birthday, February 28?  March 1?  There are no set rules on when parents should celebrate if they have a leap day baby. On non-leap years, they have their choice, at least in the United States.

In other parts of the world, things are a little stricter. For instance, in Hong Kong the legal birthday of a leaper is March 1, while in New Zealand it is February 28.

Experts say for most children being a leaper is good fun, but there can be some challenges along life’s way, like: "when do I get my driver's license?" and "when can I buy alcohol?" Most states recognize March 1 as the birthday in those situations -- but many leap year babies have fun with it.