Posted in:
When 77-year-old Great Falls, Montana resident Cecil Madill received a life-saving new lung, he became one of the oldest people to ever undergo a lung transplant operation in the United States. That was nearly two years ago at Dignity Health St. Joseph's Hospital and Medical Center in Phoenix, and today Madill is gearing up to celebrate his 80th birthday this winter with plans to "enjoy a lot more living."

Madill began the testing and monitoring process and came back to the Phoenix hospital on and off for the next year. 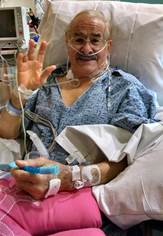 At an appointment in 2015, Madill’s lung function had dropped significantly to just 27 percent. Knowing his dad’s age played against him, Justin wrote a letter to Dr. Walia and the transplant team at St. Joseph’s assuring them of Madill’s positive attitude, strength and support system.

“I got a call, and had been approved for a single lung transplant,” said Madill. “They said I’d have three weeks to relocate to Phoenix for the procedure, and that they’d take just the left lung, which was worse off than the right.” 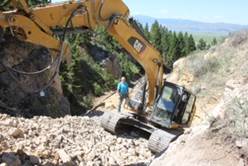 With some help from his other son Jason, Madill and Linda relocated to Phoenix. He was listed in the organ registry for approximately three weeks before the call came saying that they’d found a match. After surgery, which involved removing Madill’s left lung and transplanting a donor lung, Madill only spent one night in the ICU and just five days total at St. Joseph’s.

Billings natives, Madill and Linda have moved back to Great Falls, and they continue to commute to Phoenix for check-ups with the transplant pulmonologists at St. Joseph’s Norton Thoracic Institute.

“I am learning to draw now. I am always learning something,” Madill stated. “I have been able to spend more time with my wife, and our sons and five grandkids, who are all amazing. And, I continue to work four hours each day. I still have more living to do before I celebrate the big 8-0.” 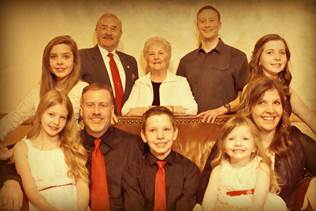