Gary McKinion thought it was “cool” when his doctor at Norton Thoracic Institute explained how a robotic esophagectomy would remove a cancerous tumor in McKinion’s esophagus. 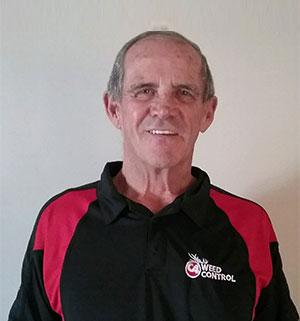 “Then they rolled me into the operating room and I thought, ‘How in the world is that thing going to operate on me?’ ” said McKinion, a 69-year-old Chandler resident. “It looked like R2-D2 with all these arms.”

The successful operation by Samad Hashimi, MD, in October was the first robotic esophagectomy in Phoenix. Norton Thoracic Institute is part of Dignity Health St. Joseph’s Hospital and Medical Center in central Phoenix.

The hospital joined a small group of U.S. facilities offering the high-tech alternative to what has typically been a complicated operation with a long and arduous recovery. An esophagectomy is the removal of all or part of the esophagus – the muscular tube connecting the throat to the stomach – to treat esophageal cancer or lesions. If the esophagus is removed entirely, surgeons often reshape the stomach to connect with the throat.

A standard esophagectomy involves large incisions in the abdomen and the chest. With robotics, the incisions are eight millimeters.

“It is the ultimate minimally invasive operation for the esophagus,” says Dr. Hashimi, Norton’s director of robotic and minimally invasive thoracic surgery who also treats patients at Dignity Health Chandler Regional Medical Center. “Pain is less and people can get back to work or daily living quickly. From a cosmetic standpoint, there are minimal scars.”

Cosmetics were the least of McKinion’s worries. The longtime City of Tempe fleet manager had been experiencing difficulty digesting food when doctors discovered a cancerous tumor in his esophagus. Esophageal cancer is the sixth-most common cause of cancer-related deaths worldwide, according to the Journal of Thoracic Disease.

After a course of radiation and chemotherapy last summer, McKinion was cleared for the operation – and on the day after the procedure he was walking laps in the intensive care unit.

“I never took a single pain pill,” McKinion says. “After I woke up, I was up and walking the next morning. I can feel different places where the (robotic) arms were, but there isn’t any pain.” 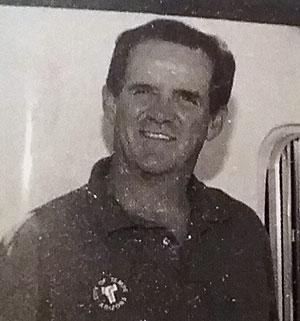 McKinion didn’t require the course of narcotics typically given to esophagectomy patients, and he went home six days after the surgery, which Dr. Hashimi says is about half the usual hospital recovery period.

“I was probably one of the luckiest people to be the first ‘robotic esophagectomy’ patient at Norton,” McKinion says. “I’ve told people, if you ever have cancer, find somebody who has a robot.”

Within weeks, McKinion was mowing his lawn and repairing neighbors’ mowers in his garage. Perhaps the biggest adjustment is a new diet consisting of more but smaller meals. He lost more than 30 pounds and now weighs 180.

“Everybody after the holidays is trying to lose weight and I’m trying to gain weight,” McKinion says with a chuckle.