Posted in:
Honors Sisters of Mercy

Dignity Health St. Joseph’s Hospital and Medical Center is celebrating its 123rd anniversary today by honoring the contributions that its founders, the Sisters of Mercy, have made to the hospital and to communities throughout Arizona.  As part of the celebration, an historic display in the hospital’s lobby that traces major milestones of the Phoenix’s oldest hospital will be dedicated to the Sisters.

At a special ceremony commemorating the role that the Sisters of Mercy have played in the founding and development of the hospital, a Mercy Memorial Wall will be unveiled.  The wall showcases religious artifacts and historical objects that illuminate the importance of the hospital and the Sisters’ leadership.  Among other displays, the wall highlights photos of Saint John Paul II’s visit in 1987. 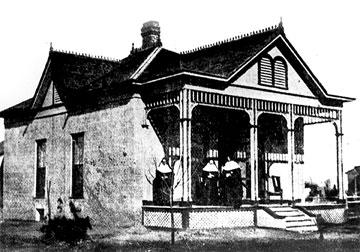 The Sisters of Mercy founded St. Joseph’s in 1895. Originally located in a six-bedroom brick house at the corner of Polk and Fourth Streets in downtown Phoenix, the hospital was moved to its current location on Thomas Road and Third Avenue in 1953.  Since then, it has grown into one of Arizona’s largest and busiest hospitals, and is home of Barrow Neurological Institute and Norton Thoracic Institute. The Muhammad Ali Parkinson Center is also located at St. Joseph’s.

“The Sisters who founded St. Joseph’s would be so proud of how far this hospital has come and how much it continues to do for the city,” says Sister Madonna Bolton, a registered nurse who worked in pediatrics and has held multiple roles at the hospital.  “Since the Sisters first arrived in Arizona to open a school, we have been proud to help those in need, not only in Phoenix, but throughout Arizona.”

Indeed, during the course of the state’s history, the Sisters have cared for the sick during epidemics that have gripped far-flung areas, even caring for injured soldiers in Nogales in 1910 when Mexican revolutionaries and U.S. soldiers were in a heated battle.

“In the very early days, the conditions were very difficult.  The Sisters would never complain about it but there was no air conditioning or creature comforts,” says Sr. Madonna. “Their habits were made from black surge material, which was very heavy and hot, and they slept on the veranda with wet sheets and a fan blowing on them to keep cool.  St. Joseph’s wouldn’t be here today if it wasn’t for them. We need to be grateful.”

Today, St. Joseph’s Hospital and Medical Center, now part of Dignity Health, is a 594-bed, not-for-profit hospital that is nationally recognized for its specialty care, medical education and research.  Last year more than 31,000 patients were admitted and more than 114,000 were treated at  the hospital’s emergency department.

“The heart and soul of this tremendous hospital come from the amazing work of the Sisters,” said Patty White, president and CEO of St. Joseph’s.  “We have been blessed by their leadership and spiritual guidance.  This anniversary is a wonderful opportunity to thank them.”