PHOENIX, Ariz. (June 26, 2019) – Doctors told a Tucson man that he had three to five years to live after being diagnosed with liver cancer three years ago. Now Michael Palmer, 63, has a new lease on life after receiving a liver transplant at Dignity Health St. Joseph’s Hospital and Medical Center in Phoenix. According to doctors at St. Joseph’s, more than a third of their liver transplant patients come from outside of Phoenix, including southern Arizona. Liver transplantation is not currently offered in Southern Arizona.

“I was in pretty bad shape,” Palmer says. “I had the transplant and I walked out of there after five days. The operation gives you a future. I can look forward now.” 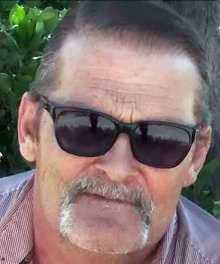 Palmer is one of many success stories for a program that was established in 2015 as part of a multi-organ transplant center (k)idney, liver, lung known for clinical excellence and personalized patient care. With certification from the United Network for Organ Sharing (UNOS) and the Centers for Medicare & Medicaid Services, the Center for Liver Disease and Transplantation at St. Joseph's has consistently achieved excellent patient outcomes. The hospital’s liver transplant program is part of a robust liver disease center which includes one of the largest viral hepatitis practices in Arizona, a rapidly growing clinical research program and a partnership with the University of Arizona Cancer Center.

There were 8,250 liver transplants in the U.S. in 2018, according to UNOS statistics. Only kidney transplants were more common among organ transplants.

Palmer went through an emotional wringer before receiving a liver. He had been on a wait list for more than a year when a representative of St. Joseph’s called late last fall. Within two hours, Palmer and his wife, Lisa, were on their way to Phoenix. But after going through pre-operation preparations, he was told that the liver was not suitable for transplantation.

“It’s like you’re on a rollercoaster of emotions,” Palmer says. “You’re prepared to do this major operation, then – ‘Oh, we can’t do it.’ ”

But, Palmer never gave up hope. Three months later he returned to Phoenix and finally received the gift of life.

“It’s an ordeal when you’re driving up there,” Palmer says. “All these crazy things start going through your head – am I going to survive this surgery? Then you drive back and you’re having the same thoughts. But I hung in there and they hung in there with me.”

Five days after the operation, which took place in February of this year, Palmer was on his way home – for good this time and with a fully functioning donor organ/liver.

“That was the best drive of my life,” he says. “When you’re waiting on these transplants, it’s gloom and doom. It just lifted that dark cloud that was following me around.”