Posted in:
St. Joseph's Foundation has received the largest donation in its history, a $19-million gift that will help create one of the nation's foremost centers for lung, heart and esophageal medicine at Dignity Health's St. Joseph's Hospital and Medical Center. 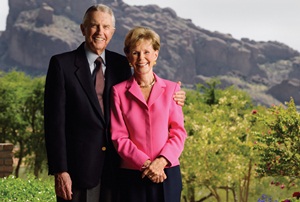 The historic donation from long-time Arizona philanthropists John and Doris Norton is one of the biggest ever given to any hospital in the state. "St. Joseph's is the leading hospital in the Valley and the new Institute will quickly take its place among the few truly elite medical centers of its kind anywhere," said John Norton, who was born at St. Joseph's. "We are blessed to be able to do this and hope others will join us in supporting this important effort," added his wife, Doris.

St. Joseph's will use the gift to dramatically expand the hospital's already highly acclaimed thoracic and lung transplant program. Hospital leaders expect the new Institute will become as nationally respected as St. Joseph's Barrow Neurological Institute. Barrow is among the nation's top brain and spine centers.

The new John and Doris Norton Thoracic Institute will stretch across several buildings on the St. Joseph's campus. A critical focus of the Institute will be research into organ rejection. The body's rejection of transplanted lungs is a paramount problem for many patients. Additionally, researchers and physicians will concentrate on the epidemic increase in esophageal cancer. The incidence of esophageal cancer is rising at a rate greater than any other cancer in the United States. It has seen a seven fold increase in the last three decades and many experts blame the increase on the nation's mounting obesity issue.

"St. Joseph's already has a national reputation as a 'destination hospital' because of the highly specialized medicine practiced here," says Patty White, president of St. Joseph's. "When doctors around the country need another level of care for patients, they often turn to us. With the launch of this Institute and the generosity of the Nortons, we will expand our national reputation even farther."

The Norton's gift will be invested in several areas: 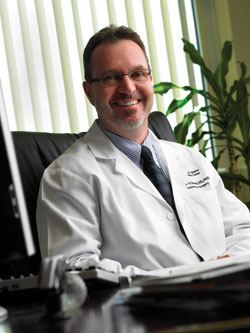 "With the help of this donation we will become a national leader in cardiothoracic disease,"Ross Bremner, MD, director of the Institute. Dr. Bremner said he was especially excited about the establishment of the Institute's telemedicine program. "Many, many people with cardiothoracic disease are underserved. Through this gift, the people of Arizona, and patients from around the western United States, will be able to obtain cutting-edge care for esophageal, lung and heart diseases."

Brian Mortenson, president and CEO of St. Joseph's Foundation, says that the Nortons' gift provides important seed funding for the new Institute to grow into "another Barrow."

"In the 1950s the Barrow family gave a lead gift of $2.1 million to launch the much needed neurological institute. Since then thousands of others have joined in their support and created the world-class Barrow Neurological Institute," said Mortenson. "With the Norton's amazing gift and support of others in the community, we will accomplish the same thing in the field of cardiothoracic medicine. We so appreciate the Norton family for their faith in St. Joseph's and their commitment to the health of this community."