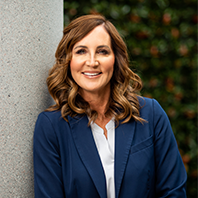 Julie J. Sprengel is the President of CommonSpirit Health’s Southern California Division providing executive leadership to healthcare delivery systems across nine counties spanning Central California, Central Coast, and Southern California. Sprengel brings more than 20 years of valuable experience and has coupled it with a commitment to ensuring accessible, quality care to nearly one million people throughout these diverse communities.

Sprengel was initially recruited in 2016 to serve as the Senior Vice President of Operations for the Dignity Health Southern California service area. In this former role, she led the service area to a notable financial turnaround and exceeded all expectations for the region. Most notably, Sprengel worked with hospital and regional clinical and operational leadership to champion programs that led to significant and sustained improvements in clinical quality and safety initiatives across the health system.

In 2019, after the formation of CommonSpirit, Sprengel took on an expanded executive position as CommonSpirit’s Southwest Division President responsible for nine acute-care hospitals and four micro hospitals in Southern California and Southern Nevada. After serving in this integral role for nearly two years, Sprengel was promoted to her current position. In these roles, she has successfully led innovative and strategic planning processes focusing on healthcare quality and safety, employee engagement, and implementation of sustainable growth initiatives. 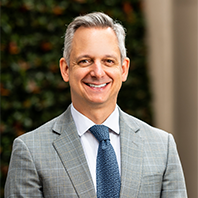 Nicholas Testa, MD, is an Emergency Physician by training with more than 15 years of leadership experience. Dr. Testa currently serves as the Chief Medical Officer for Dignity Health’s Southern California Division. The Southern California Division is comprised of 18 acute care hospitals spanning across nine counties from Stockton to San Bernardino. Dr. Testa is a leader in clinician alignment with a focus on enhancing the safety, quality, and patient experience for nearly one million patients who receive care at Dignity Health facilities.

Dr. Testa joined Dignity Health Southern California in 2017 as the Chief Physician Executive responsible for six Southern California hospitals. In 2019, his role expanded to include three sister hospitals in Nevada as part of the Southwest Division. During his tenure, Dr. Testa’s focus has been on rallying all team members to improve safety, clinical quality, patient experience, and utilization while building stronger partnerships between physicians and hospital leaders. Of note, his work includes the implementation of the High Reliability Organization (HRO) model, which equips employees and physicians with tools and behaviors that significantly reduced the risk of patient harm.

Dr. Testa is a Fellow of the American College of Emergency Physicians and has completed the National Association of Public Hospital fellowship in quality and leadership, the Institute of Healthcare Improvement Patient Safe Officer program, and has been recognized by the County of Los Angeles Board of Supervisors for his dedication and leadership in improving the quality of care delivered in Los Angeles County. Dr. Testa is a scientific advisor to the Leonard D. Shaffer Center for Health Policy at the University of Southern California.

Before his tenure with Dignity Health, Dr. Testa was the Chief Medical Officer at Providence St. Joseph’s Medical Center in Burbank and the Associate Medical Director at LAC+USC Medical Center. Dr. Testa holds the academic title of Professor of Emergency Medicine at the USC Keck School of Medicine, where he continues to teach in both the Medical School and Emergency Medicine residency program. 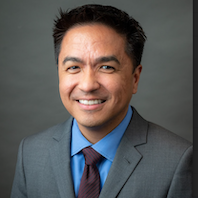 Ron Yolo, DNP, MSN, MBA, RN, has committed his entire nursing career to fulfilling our mission to meet the health care needs of our diverse communities. Ron is well-respected for building collaborative relationships with frontline staff, physicians, senior leaders, and other members of the health care team throughout the organization. Ron previously served as the CNO at Glendale Memorial Hospital and Health Center, during which time he has been instrumental in developing and managing systems to deliver evidenced-based care. He has championed multiple projects, including deployment of nursing policies, the spread of HRO, and the coordination of our community vaccination efforts, organizing hundreds of student volunteers for the large-scale vaccination event at the Dignity Health Sports Park. Additionally, he chaired the development and dissemination of CommonSpirit Health’s National Nursing Vision under the guidance of our system CNO, Kathy Sanford, and in collaboration with the national Nurse Executive Council.

Ron started his career as a nursing assistant at St. Mary Medical Center in Long Beach in 1999. During his 18 year tenure, Ron proved himself as an effective leader and excelled through various leadership positions within the organization. His strong interpersonal skills, coupled with his clinical excellence, resulted in hospital-wide improvement and growth in several departments. 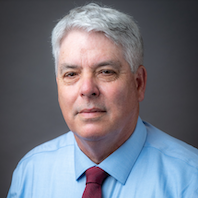 Since 2016, Dave has served as the Vice President of Finance for the Central California market, which is comprised of six hospitals across seven campuses. He previously worked for Dignity Health/Catholic Healthcare West, as Chief Financial Officer for Glendale Memorial Hospital and Health Center and California Hospital Medical Center, where he helped the latter secure Trauma Center and Major Teaching Hospital designation. In the initial days of the COVID-19 pandemic, he was instrumental in ensuring the smooth transition of personnel to a remote work environment, and played a critical role in identifying pandemic-related hospital costs to secure reimbursement from the federal government. Dave has decades of for-profit and non-profit experience in health care finance in multiple states, with a primary focus on acute care facilities in California. 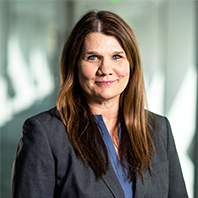 Sue Pietrafeso brings 25 years of executive health care experience to the Southern California Division. She is responsible for enhancing growth and access to care by overseeing strategic planning for 18 hospitals from Stockton in the North to San Bernardino in the South. She currently leads the business development, marketing, communications, and sales teams in key initiatives, including service line growth, post-pandemic volume recovery, and expansion of our Integrated Delivery Networks.

During the COVID-19 pandemic, she played a critical role in securing hundreds of thousands of dollars in funding from the Los Angeles mayor’s office to help cover increased childcare costs for our health care workers. In early 2021, she helped organize and execute the successful large-scale vaccination event at the Dignity Health Sports Park ensuring 20,000 vulnerable people received their vaccines.

Prior to joining Dignity Health, Sue spent 15 years working for HCA most recently in HCA’s Ambulatory Surgery Division, where she served as Vice President for Physician and Provider Relations, leading a team of 39 Business Development Directors in 12 states and more than 20 markets. She holds her Master’s in Public Administration from Syracuse University and a Bachelors of Arts from UC Santa Cruz. 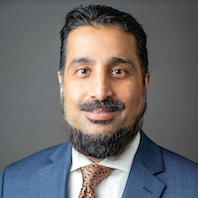 Adnan serves as the Principal Technology Leader for the Southern California Division. With more than 20 years of hospital experience and Board certification in Healthcare Executive Technology leadership, Adnan has enabled hospital organizations to adopt technology to improve patient care, expand delivery of healthcare services, and reduce costs, while ensuring information assets are secure. His career goal is to develop centers of digital health excellence that transform patient care into patient empowerment.

Adnan provides vision and leadership to IT & Digital (ITD) for developing and implementing the Division’s strategies and initiatives. Adnan’s role supports our ongoing commitment to promote the strategic use of information technology that advances the overall mission of ITD. 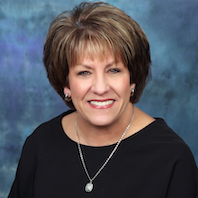 Linda McDonald has served as a mission leader within the organization since 1989. One of Dignity Health’s first lay mission leaders, Linda brings her social work skills and dedicated faith to her mission work of presence and operational excellence in spiritual care, ethics, palliative care, community health and auxiliary services. She looks to build a mission integration focus into the existing foundation of the six SoCal hospitals. 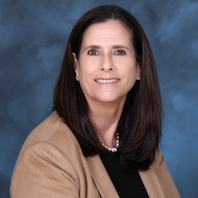 Katie has a Bachelor’s of Science in Health Sciences from California State University, Northridge, as well as an MBA from Pepperdine University and a Professional TQM Certification from the UCLA Anderson School of Business Extension Program.