Traveling Abroad for a Second Chance at Life

For more than 12 years, 60-year-old Sara Moreno Castrillón watched her health deteriorate slowly with each step in her home country of Colombia. What was once a simple task at her family investment business now became her biggest challenge. Then two years ago, she developed an incessant cough and began depending upon an oxygen tank 24 hours a day thereafter.

"I used to travel all over Colombia with our family investment business and to visit family, but that had to stop when I was limited in oxygen," Castrillón said, who was diagnosed with idiopathic pulmonary fibrosis, a progressive illness without a cure. 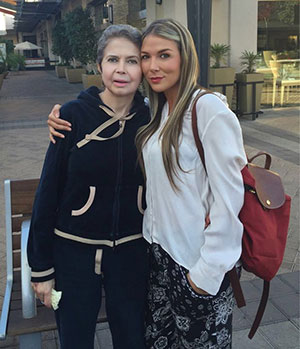 For the first 10 years, she and her family looked for treatment options in her home country but were unable to find a solution. In 2014, she was added to Colombia's lung transplant list and remained there for nearly two years.

"There is no transplant culture in Colombia," said Castrillón's daughter Carolina Moreno. "Doctors don't talk about transplantation and there is no insurance coverage for these procedures. I think the combination of the two explains why there were very few done last year in our country."

During this time on the wait list, Castrillón's physicians never advised that leaving the country to explore other options was feasible.

After seeing her mother's health deteriorate more each day, Moreno reached out to her cousin who lives in Phoenix in search of another option. She found St. Joseph's Norton Thoracic Institute, which is the busiest lung transplant program in the western United States, and shared with her family that transplantation would be possible, if they could get Castrillón to St. Joseph's.

"It was much faster than we had anticipated because we didn't think she would have her transplant surgery soon after we arrived," said Moreno. 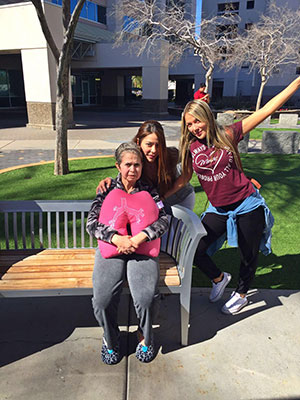 Ross Bremner, MD, director of the Norton Institute, says the young transplant program's average lung donor waitlist time is less than one month, which is significant when compared to the national average of more than four months. "This specific transplant took a lot of coordination and teamwork. It shows the depth and breadth of our program which is becoming well known and well respected," Dr. Bremner adds.

Castrillón recalls the emotions she felt when she realized her health battles would soon end after so much wait time back in Colombia.

"Once I arrived here, I felt so hopeful and excited. I was more happy than scared because I knew there was a solution and a fast one at that," said Castrillón.

She arrived to Phoenix on December 19, was listed on January 20 and received her new lungs on January 26. Compared to her two years on the wait list in Colombia, waiting five days at St. Joseph's left her feeling confident in what's next.

"I can go home and enjoy my life. I want to travel again and get to see all my family members like I used to do," said Castrillón. "Everyone at St. Joseph's was incredibly kind to me. I hope people never doubt this institution. The hospital is wonderful, in every sense of the word."

From left to right: Sara Moreno Castrillón, 60, her niece Lorena Castro, 41, and her daughter Carolina Moreno, 26.