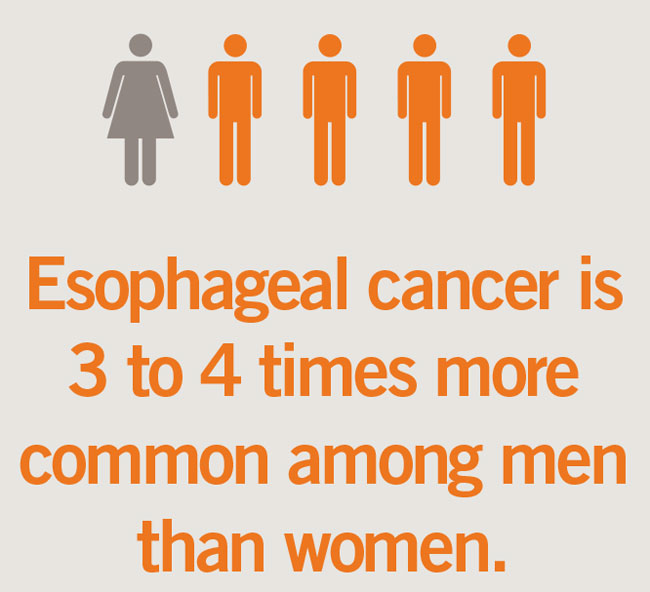 Esophageal cancer occurs most often in men and people 55 and older. Other risk factors include:

Most cases of esophageal cancer do not cause symptoms in the early stages. By the time symptoms appear, the disease may already be fairly advanced. Symptoms may include:

If you experience these symptoms, see your doctor as soon as possible.

At Norton Thoracic Institute, you will receive a thorough evaluation from our team of esophageal experts. A medical history and physical exam will help us understand your risk factors, symptoms, and physical signs of disease. You may also undergo one or more tests:

Your doctor will use your test results to determine the stage of cancer and to develop a treatment plan.

You can reduce your risk of developing cancer of the esophagus by following these guidelines: