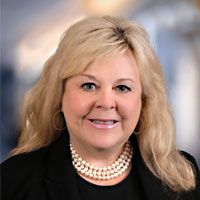 Shelly Schorer is the Interim President of the Northern California Division. Prior to her interim role, Shelly was the Chief Financial Officer of the division and advised the Division President regarding the development and growth of the integrated delivery network encompassing hospitals, ambulatory care sites, physician alignment, joint ventures, and payer relations.Shelly represents the division for consolidated financial reporting, projections, and all other division-level financial presentations.

Before Common Spirit Health, Shelly spent twelve years at Mercy in the mid-west, where she served as a regional CFO for Southwest Missouri-Kansas. 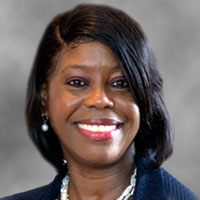 Corinne Francis has served for over 20 years as a Catholic healthcare mission integration executive. She currently holds the position as Interim Vice President of Mission Intergration at Dignity Health and System Vice President for Mission Integration at CommonSpirit Health, the largest not for profit healthcare system in the US. Prior to her current roles, she served as the Senior Vice President at Dignity Health and System Vice President for Mission Integration and Community Benefit at CHRISTUS Health. Previously, she served for 11 years as a Mission executive with Catholic Health East, where she held the following positions as either Vice President of Mission Integration or Mission Services for Saint Michael’s Medical Center in Newark, New Jersey; St. Anthony’s Health Care in St. Petersburg, Florida; and St. James Mercy Health System in Hornell, New York. In her volunteer work, Corinne serves as a founder and treasurer of Medical Professionals On A Mission, Inc. a nonprofit organization, whose mission is to respond to disasters in the Caribbean. The team has responded to the aftermath of hurricanes in Dominica and the Bahamas since its founding after hurricane Maria in 2017.

In 2006, she was selected by Modern Healthcare as one of 12 Up and Comers in U.S. Healthcare. She has also served as a Board member of the Catholic Health Association and Chair of the Diversity and Health Disparities Committee. In 2018 Corinne was bestowed the honor of Carlow University Laureate by her alma mater. Corinne holds a Master of Arts, Social Service Administration with a certificate in Health Administration and Policy from the University of Chicago, IL; a Master of Divinity with a concentration in Health Care Mission Leadership as a Cardinal Bernardin Scholar from Catholic Theological Union in Chicago; and a Bachelor of Arts in Theology and Sociology, summa cum laude from Carlow University in Pittsburgh, PA. 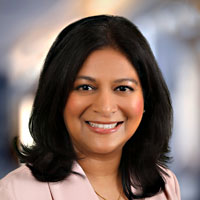 Anita Chandrasena, MD is the Chief Physician Executive for Northern California Division and has served in this position since February 2021.

Anita went to UC Davis for undergraduate studies and earned a B.S. in Chemistry. She then went to Yale University School of Medicine and subsequently remained at Yale to complete her residency in internal medicine. Anita returned to California to complete her Pulmonary and Critical Care fellowship at UC San Francisco. She later joined a community, private practice group at Sequoia Hospital, where she held leadership roles in medical informatics and utilization review. She later became Chief Medical Officer at Sequoia Hospital in April 2015. In October 2017, she added the role of the CPE for the Bay area in October of 2017 before she expanded to a divisional role. 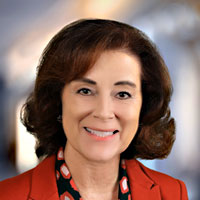 Karen Buckley, RN, is the Chief Nursing Executive for the Northern California Division. Karen is an experienced Chief Nursing Officer and administrator with a passion and commitment to quality and safety, patient experience, and employee engagement and collaboration.

Previous to her current role, she was the VP and Chief Nurse Executive of the Greater Sacramento Division as well as the Chief Nurse Executive of Mercy San Juan Medical Center.She also held the position of Administrator at Palomar Medical Center in Escondido, California – a level II trauma center. In that role, she gained valuable experience in labor negotiations, budget planning, and safety and escalation training. Karen also served as Chief Nursing Officer at Community Regional Medical Center in Fresno, California, for ten years.

Karen received a Master of Science in Healthcare Administration from St. Mary’s College of California and a Bachelor of Science in Nursing from Mankato State University, Minnesota. She is certified in Executive Nursing Practice from AONL; a member of ACNL and AONL; and received the 2012 RN of the Year for Administration/Leadership from the Nursing Leadership Coalition in Fresno, California. 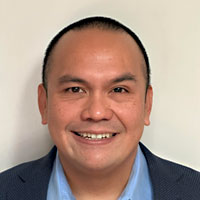 Anthony Bernardino is the Interim Chief Financial Officer of the Northern California Division. Anthony joined Dignity Health in 2013 as the Finance Director over the Bay Area market and has expanded his role to cover the Northern California Division. Anthony brings 16 years of finance experience in the healthcare industry and oversees finance strategy and planning, financial reporting, and capital planning. 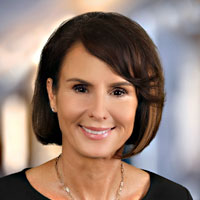 Dawn has been with Dignity Health for over 12 years in a variety of positions. Prior to expanding her role as the Chief Strategy Officer for the Northern California Division, Dawn served as the Chief Strategy Officer for the North State and Bay Area, Regional Director of Physician Services, Market Development, and more. Dawn established a Stanford Health Care affiliation with the Mercy Redding Heart Center and led the strategic direction for consolidation work in San Francisco. Dawn has a Bachelor of Arts degree in Organizational Leadership from Simpson University. 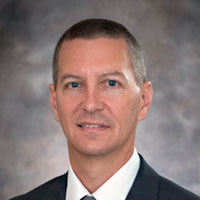 Mark DeClue is the Chief Information Officer for the Northern California Division. Mark is a seasoned and dynamic leader who followed a 20-year career in the U.S. Navy by serving the ministry for the past 16 years, including Division VP, CIO since 2012. He is responsible for the development, coordination, and execution of Information Technology systems and operational plans, participating proactively with division and facility leadership to optimize the use of technology in support of the clinical/patient-focused mission and business strategy. 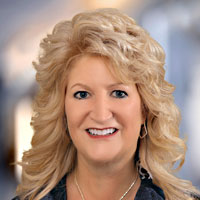 Monica Majors is Vice President of Marketing and Communications for the Northern California Division. Monica is a seasoned leader with more than 30 years of experience in the healthcare industry. She has built a career in managed care, operations, sales, marketing, communications, business development, strategy and benefit administration.

Monica’s broad experience includes working for large insurance organizations, provider organizations and start-up ventures leading high-performing teams in local, regional and national markets. Prior to her role at Dignity Health she was at Sutter Health for eleven years where she was instrumental in the launch of their provider-sponsored health plan. Her expertise includes compelling service line multimedia, digital, social media strategies encompassing consumer, broker and employer segments. Monica has a Bachelor of Arts degree in Business Administration and IT from San Bernardino State University. 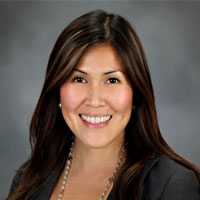 Cecilia started with Dignity Health in 2016 at Mercy San Juan Medical Center as the HR Manager and then the HR Director. She has over 20 years of experience in HR and has worked in various industries including banking/finance, government, non-profits, IT and healthcare. 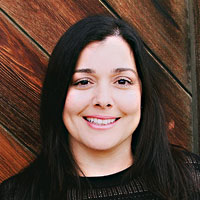 Ana has been a Registered Nurse for over 20 years, with 16 of those years working in Care Coordination, where she has utilized and developed best practices in managing the length of stay for chronically ill patients through community partnerships. Her dedication to the underserved is her motivation and passion for the development of multiple programs that are diagnosis-specific and address gaps of care throughout the healthcare continuum. Ana received the “Values in Action” Award recognizing this work in 2015.

Ana has a Bachelor of Science in Nursing from California State University, Sacramento, and an Accredited Case Manager certification through the American Case Management Association. 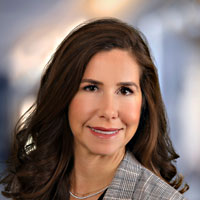 Auburn Daily (she/her) is an attorney at Dignity Health and serves as Division Vice President & General Counsel for the Northern California Division. In that role, Auburn provides day-to-day counseling to the hospitals on a wide variety of operational issues and oversees all contracting for the Division. In addition, she serves as an enterprise expert in the areas of transgender health, graduate medical education, EMTALA, physician recruitment, and fraud and abuse laws.

Prior to joining Dignity Health in 2014, Auburn worked in-house at the University of California system, where she served as an internal expert on Medicare and Medi-Cal reimbursement for the UC's five academic medical centers.

Auburn also worked at the law firms of Latham & Watkins and Powell Goldstein. Auburn obtained her JD from Georgetown University Law Center, her MPH (with a focus in Epidemiology) from Johns Hopkins University Bloomberg School of Public Health, and her BA from the University of the South (double major in Political Science and Spanish). 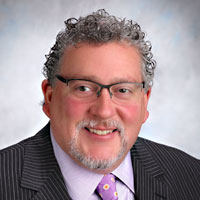 Drew Gagner is the Vice President of Philanthropy for the Northern California Division. For more than 27 years, Drew Gagner has fundraised for four CommonSpirit Health philanthropic foundations.

With decades of fund development experience, management credentials, and strategic planning expertise. Philanthropy organizations under his watch are regularly identified as being among the best in their peer group - meeting and exceeding internal goals along with national benchmarks. His leadership and fund development experience include long-time service on the system-wide Philanthropy Advisory Committee as a trainer, subject-matter expert, and member of numerous philanthropy and operations sub-committees.

Drew earned a Bachelor of Arts in American Studies at Fordham University. Additionally, he earned his MBA from the University of Redlands and has been honored to have been selected for two fellowship programs – one in healthcare leadership and one in philanthropy. 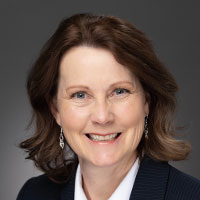 Kris Blanchard is the California Division Vice President for Corporate Responsibility. After 30 years as a RN in the Clinical and Administrative Acute Hospital setting, Kris transitioned to Compliance in 2016, bringing her operations experience to the Dignity Health and now CommonSpirit Health Compliance Team. Kris oversees compliance for the Dignity Health acute care facilities in California.

Kris received her Bachelor of Science degree in Nursing from Mount St. Mary's University in Los Angeles and Masters in Public Administration from California State University at Northridge. She is an alumni with the California Health Care Foundation Leadership Fellowship and is certified in Healthcare Compliance and Healthcare Privacy Compliance.