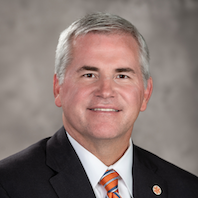 During Mark’s 20-year career, he has achieved progressive healthcare experience as the chief executive officer or hospital president in small, medium, and large hospitals then advancing to serve as the CEO in tertiary and academic health systems. He produces substantial improvements across a balanced scorecard of safety, quality, finance, value, growth and patient, employee and physician satisfaction. Mark rallies key stakeholders to embrace new approaches and achieve a culture of high reliability in patient-centered care.

Prior to joining General Health System, Mark was president and chief executive officer at Mississippi Baptist Health Systems, in Jackson, Miss., where he enhanced operating margins and efficiencies while dramatically increasing patient satisfaction. 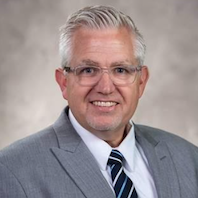 As Vice President of Operations, Brian Galle oversees a variety of clinical and support departments at both Chandler Regional Medical Center and Mercy Gilbert Medical Center.

Brian serves as the executive for major construction projects at both hospitals, including the Women and Children’s Pavilion, a unique partnership between Dignity Health and Phoenix Children’s Hospital on Mercy Gilbert’s campus, and the recently completed Tower D Expansion at Chandler Regional Medical Center.

Prior to his current role, Brian was the Chandler Regional Director of Radiology. During his tenure, he oversaw expansion of imaging services to support growing services in trauma, neurosurgery and high-risk obstetrics delivery. In addition, he worked to expand imaging capabilities and update current systems to the latest in new technology, adding 3T Digital MRI, advanced interventional radiology and fully digital x-ray imaging.

Brian got his start in health care in the US Army as a Radiologic Technologist (Radiology Specialist) and still holds his registry today. Upon conclusion of service, he worked first as a technologist and progressed through leadership positions. Brian has his bachelor's degree in management and organizational development from Fresno Pacific University and a master’s of health administration from the University of Phoenix. 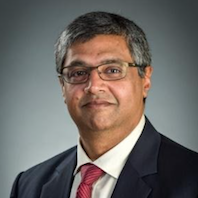 He has been associated with Dignity Health since 1996 when he joined the medical staff as an internist. Dr. Patel transitioned to hospital medicine in 1998 and has been a hospitalist at both Chandler Regional and Mercy Gilbert Medical Centers where he served as Chairman of the medicine and family practice departments and then medical staff president in 2014-2015.

Dr. Patel earned his medical degree from the University of Nairobi in Kenya and after practicing emergency medicine in Kenya, he immigrated to the United States in 1992. Dr. Patel completed his residency in internal medicine at the Catholic Medical Centers of Brooklyn and Queens, NY before moving to Arizona. He is board certified in internal medicine with a focused practice in hospital Medicine and hospice and palliative Medicine.

Rudy Apodaca is the Vice President of Operations for Mercy Gilbert Medical Center. He has been a healthcare administrator for more than 36 years - 15 in leadership and management roles.

Rudy provides executive oversight for a number of departments including laboratory, pharmacy, environmental services, nutrition services, diagnostic imaging, and rehabilitation. He is also the orthopedic and spine service line executive strategic leader for the East Valley and oversees the development and growth of the East Valley Primary Stroke Center and Chest Pain Certification.

Rudy received his bachelor’s degree in radiologic technology at Wayland Baptist University in Texas and is a certified Radiology Administrator with radiation technology licensing in Texas, Florida and Arizona. He is a proud graduate of our Ministry Leadership Formation Program.

Additionally, Rudy serves and volunteers in the local community as a founding member and board member of Improving Chandler Area Neighborhood (ICAN), a not-for-profit after school program. He is an active member of the Gilbert Board Chamber Leadership Program and is a member of the board of directors for the Queen Creek Chamber of Commerce, Chandler Education Foundation, East Valley Hispanic Chamber of Commerce and Spectrum Property Management Board. 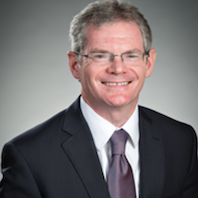 Jeff is a member of the American College of Healthcare Executives. 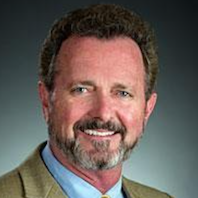 Dr. Bies has been strategically involved in the advancement of quality and business efficiencies within the East Valley medical staff departments, in addition to overseeing contracting and negotiations, hospitalist programs, and in-house OB/GYN services programs. He works collaboratively with East Valley nursing leadership to align to physician training for optimal patient experience. Dr. Bies is also the Designated Institutional Officer for advancing 5 new ACGME residency training programs at Chandler Regional and Mercy Gilbert.

Prior to this role, Dr. Bies established and was the executive lead for Heart Health Organization, a group of 34 cardiologists and cardiovascular surgeons who provide co-management services to East Valley hospitals. He also established an Annual International training course in Cardiovascular Computed Tomography (CCTA), and has served on the certification board and exam development committee since 2011.

Dr. Bies moved to Arizona with his family in 1998, serving the Chandler community as an Interventional Cardiologist. He was the founder and first chairman for the cardiovascular department at Chandler Regional Medical Center and served as its lab director for 10 years.

Dr. Bies graduated with honors from University of Colorado, and completed his residency in internal medicine at University of Pittsburgh Medical Center. He completed his fellowship in cardiology at Baylor College of Medicine, Houston, which included an American Hospital Association/Bugher sponsored research fellowship at the Institute for Molecular Genetics.

Dr. Bies served as faculty and Assistant Cardiology Program Director at the University of Colorado HSC from 1993-1998 and has published over 50 peer reviewed articles, books, monographs, and abstracts in CV Medicine. 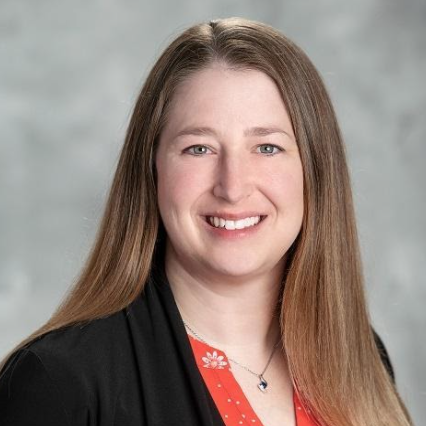 Her leadership ensures consistent and high-quality standards of patient-centered nursing care - managing all nursing resources; developing nursing policies and programs to comply with established standards, and implementing long-term strategic goals and objectives for the organization.

Meredith has master’s degrees in nursing and business administration, and is working on her doctorate of nursing practice. She also has a nurse executive board certification through American Nurses Credentialing Center and a graduate certificate in clinical ethics from the Alden March Bioethics Institute. She’s been twice nominated for the Arizona March of Dimes Nurse of the Year and was recognized with Dignity Health’s Acts of Humankindness Awards in 2016 and 2017. 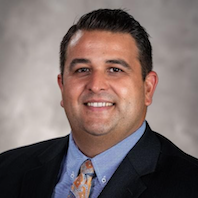