Tristan is a proud native of Sacramento, having been born, raised, and educated here through high school. After graduating from UC Berkeley with a degree in Nutritional Science, he took time to develop his resume and accrue work experiences before being accepted to Albany Medical College in Upstate New York. There he focused his efforts on leadership and improving LGBTQ education, visibility, and representation by taking on roles as class president and president of his school’s LGBTQ club. Tristan also helped in founding the Student Advocacy Subcommittee, giving Albany Med students an opportunity to participate in lobbying at the state and regional level. Family Medicine training offers the breadth of scope, patient-centered relationships, and preventative emphasis that he wants in his practice. He has particular interest in the areas of end of life care, addiction medicine, teaching, and inpatient medicine. Outside of medicine, Tristan enjoys playing Australian football, rock climbing, bicycling, traveling, watching animated shows and movies, and spending time with his fiancé, friends, and family. 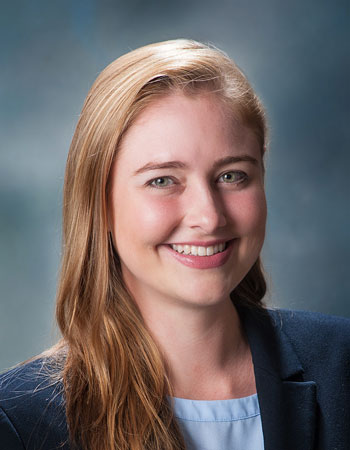 Medical School: University of Hawaii, John A. Burns School of Medicine
Christa grew up surrounded by water on the island of Oahu in HI. Curiosity, joy in learning, and a desire for lasting impact guided her to pursue a career in healthcare. In 2016, she graduated with a B.S. in Biomedical Sciences from Liberty University, and in 2020 she graduated from the University of Hawai'i John A. Burns School of Medicine as a member of Alpha Omega Alpha. Dr. Brown found her place in Family Medicine – a specialty with the breadth to serve in a variety of settings—through a language immersion internship in Guatemala, working with local underserved populations in Hawai'i, and interactions with mentors involved in international medical missions. When interviewing across the USA, she resonated with the Methodist Family Medicine Residency’s commitment to service, joyful excellence, and promotion of health for both patients and physicians through holistic Family Medicine. She is thrilled to train at her #1 residency and looks forward to building new partnerships with patients and colleagues in Sacramento. Dr. Brown believes that effective patient interactions hinge on listening to patients’ stories. She enjoys hiking; snorkeling; hanging out with friends and family; spontaneous conversations about life, faith, and how to live well; dark chocolate and good coffee. 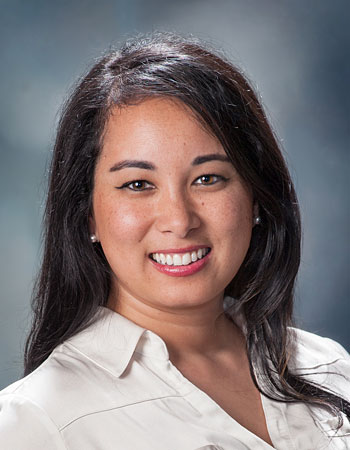 Margarita is from Salinas—a rural town on the Central Coast of California. She attained both her Bachelors of Science and Medical Doctor degrees from the University of California, Davis. Due to her upbringing, Margarita has always felt a kinship with individuals from socioeconomic and medically underserved populations. After college, she worked in NIH-funded research studying Chromosome 22q11.2 Deletion Syndrome at the U.C. Davis M.I.N.D. Institute in Sacramento. During this time she authored several manuscripts, presenting her work at conferences across the country. In 2015, while preparing to pursue her medical degree, she joined the AmeriCorps and became a Construction Crew Leader for Habitat for Humanity. Since then, she has built dozens of homes in the Bay Area, Colorado, Vietnam, and Sacramento. In medical school she was Co-Director for the Willow Clinic, which serves the unhoused population of Downtown Sacramento; in 2017, she spent a month in Nepal providing medical care to people living in the rural outskirts of Kathmandu. She is a Disaster Service Volunteer for Sacramento County, and provides medical care as well as COVID-19 testing for Unhoused Sacramentans. Margarita is interested in disaster medicine as well as full-spectrum urgent care, community medicine, rural medicine and critical care. In her free time she likes working on home-improvement projects, enjoys volunteering, is passionate about fitness, and loves spending time with her cats. She dreams of opening an animal sanctuary one day, and loves playing in the ocean. 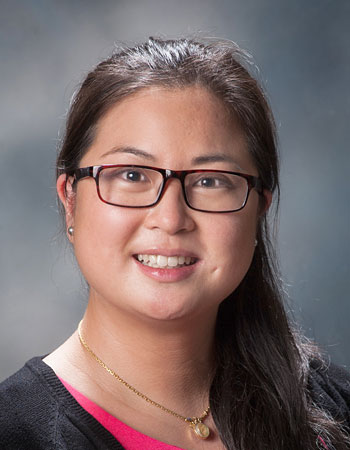 Victoria grew up in the Inland Empire of Southern California before moving to Massachusetts to attend Wellesley College. At Wellesley, she majored in Biological Sciences and minored in English. After graduating, she worked in a research laboratory in Boston, studying the genetics behind kidney disease. Volunteering in a hospital in her free time sparked her interest in patients’ stories, leading her to pursue medicine. She attended the Geisel School of Medicine at Dartmouth where she worked on initiatives to promote compassion in healthcare through the Albert Schweitzer Fellowship and the Gold Humanism Honor Society. Her passion for patients’ stories and longitudinal patient-provider relationships made family medicine a natural career path. Victoria’s interests within family medicine include palliative care and addiction medicine. She is excited to be back in California and to serve Sacramento-area communities as a member of the Dignity Health Methodist family. In her spare time, Victoria enjoys cooking, baking, medical humanities, spinning (indoor cycling), and planning gatherings and surprises for friends. 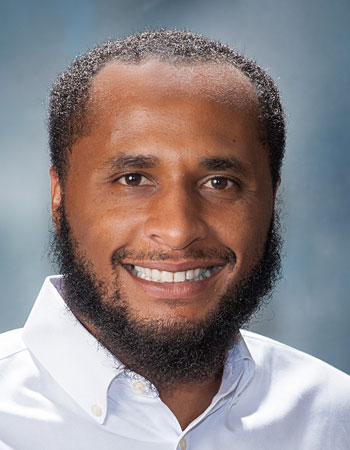 Tyree Ozell Davie was born and raised in Sacramento, CA. Growing up in an underserved neighborhood, his focus was solely athletic; being a leader and maintaining good grades only to play sports. However, when his grandmother’s fight with breast cancer ended after remission in April of 2005 everything changed. Observing any beloved family member passing away can either be detrimental or motivational to one’s future; for him it was both. From that point on, he was destined to dedicate his life to medicine. After high school graduation, Tyree moved to Atlanta, GA to attend the illustrious Morehouse College, a historically Black institution. While at Morehouse College, dreams to become a cancer researcher shifted into becoming a physician. Later, he returned to California to complete a post-baccalaureate program at UC Davis where he would also attend medical school. Family medicine captured his attention because he envisioned serving patients of all ages and impacting the health of his community on an individual and systemic level. Outside of medicine, Tyree enjoys sports, exercise, traveling, and spending time with his family. 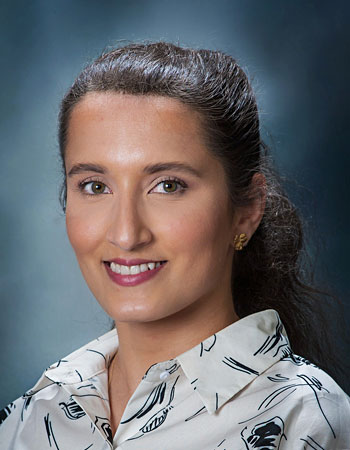 Tooba was raised in the bay area in Sunnyvale where she first became interested in the STEM field. She went on to pursue a Molecular Biology B.S. degree from UC Santa Cruz in 2014. She learned to sail there which she still enjoys today. She also first got involved in research by studying the effects of manganese on the prefrontal cortex in the behavior model of rats. With an eye for research, she further studied the effects of nicotine on abdominal aortic aneurysms at Stanford University. At that time, Tooba realized that she missed the interaction with patients from her times as a volunteer in undergrad. Since her impact felt more substantial and gratifying from working first hand with people, she went on to medical school at St. George's University. Dr Khan has joined the Methodist family after a surgical intern year at Arrowhead Regional Medical Center. In her free time, she enjoys comedy, the outdoors, tapas and spending time with friends and family. 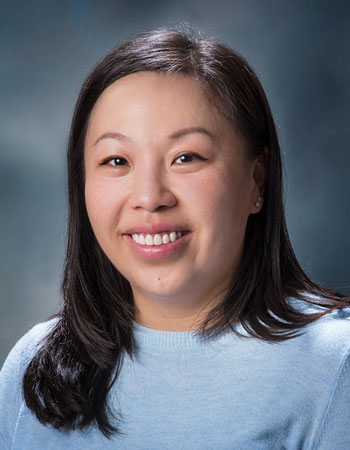 Kellen was born in Seoul, South Korea, and at the age of seven moved across the globe with her family to California. She attended UC San Diego to pursue a degree in Biochemistry & Cell Biology. There, she discovered her passion for science and was the recipient of multiple awards, including the Chancellor’s Undergraduate Research Scholarship. Upon graduating, she took on a job as a medical scribe in a busy practice and volunteered in a re-entry program serving the formerly incarcerated population in San Francisco. It was during this time that she fell in love with primary care. For her next adventure, she moved across the country to attend medical school at Tulane University in New Orleans, Louisiana. As a medical student Kellen wore many hats, including program coordinator and clinic leader of Tulane’s free TB clinics, patient coordinator at the Formerly Incarcerated Transitions Clinic, and vice president of the History of Medicine Society. She joined the field of Family Medicine because she believes in being a positive change in not only the health of her individual patients but also her greater community. She is interested in many aspects of Family Medicine, including preventative medicine, management of chronic disease, and patient advocacy. Her ultimate goal is to work with underserved populations within a medical safety-net setting, which is why she is happy to have found a home at Methodist that will provide her with excellent training to achieve just that. As a physician, she believes it is a special privilege to care for her patients. When not in the hospital, Kellen enjoys cooking, listening to music, watching horror movies, and spending time with her loved ones. 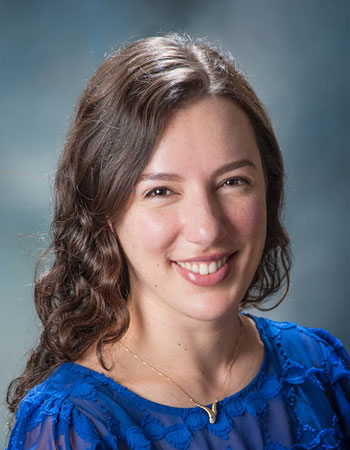 Naseem was born and raised in Oakland, California, where she thrived on a combination of books, soccer, and Persian food. She attended UC Davis for her undergraduate education and received a bachelor’s degree in Neurobiology, Physiology, and Behavior as well as a minor in Spanish. She then went back to her hometown to follow her passions for medicine and education, where she worked in a community health center and an afterschool program for high school students. She returned to the UC Davis family for medical school, and continued to grow her interests in health equity, reproductive health, and care for people of all ages. Naseem is excited to be part of the amazing Family Medicine team at Methodist and serve the Sacramento community she has come to love so much. She still enjoys reading, eating, and playing soccer in her free time. 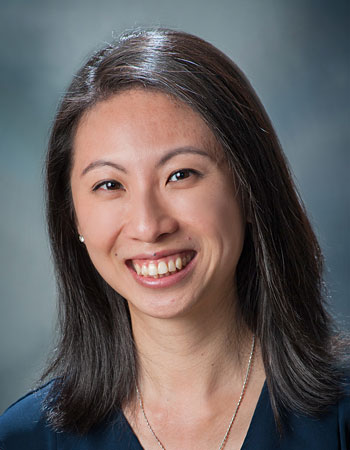 Nancy Wen was born and raised in San Francisco, CA. She graduated from UCLA with a degree in Asian American Studies and worked full time as an administrative assistant after graduation. She then completed a post-baccalaureate program at San Francisco State University while volunteering at a FQHC as a health coach. There, she fell in love with Family Medicine. At UC Davis School of Medicine, she was part of the Accelerated Competency-based Education in Primary Care (ACE-PC), a 3-year MD program. She volunteered and served as co-director for the Diabetes/Nutrition and Health Fair committees at the Paul Hom Asian Clinic. As the first in her family to graduate from college and medical school, she understands the value of mentorship and culturally competent care. She is excited to join the Methodist family, where she will nurture her passions for serving underserved populations, whole-person care, motivational interviewing, managing chronic disease, and preventive care. She enjoys spending time with her family and friends, watching lots of YouTube and Netflix, and cooking new recipes.